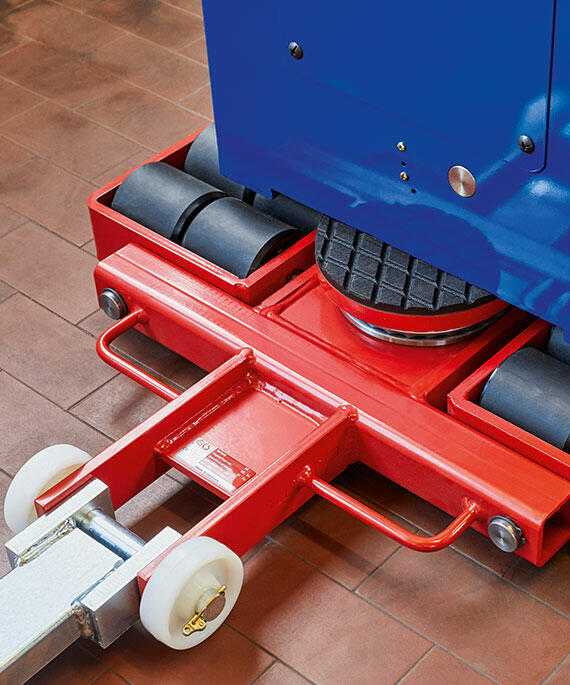 A weight of 100 tonnes is simply too much for ordinary heavy-duty wheels,

and therefore, after a short time, their treads tear off. That is precisely why our solutions are anything but ordinary. For our customer Georg Kramp, we have developed a customised wheel with a special design which ensures maximum durability, even after many years of use.

Georg Kramp GmbH & Co. KG specialises in the manufacture of jacks, trolleys and remotely-operated transport systems under the brand name GKS-Perfekt. These applications are designed for loads of up to 100 tonnes – e.g. for machines, train components or safes. The jacks are used to lift the heavy load slightly. Trolleys can then be used to transport the load to its place of use. Kramp sells its products worldwide. The company's largest overseas office is in Ohio, USA – just 90 miles away from our American office. 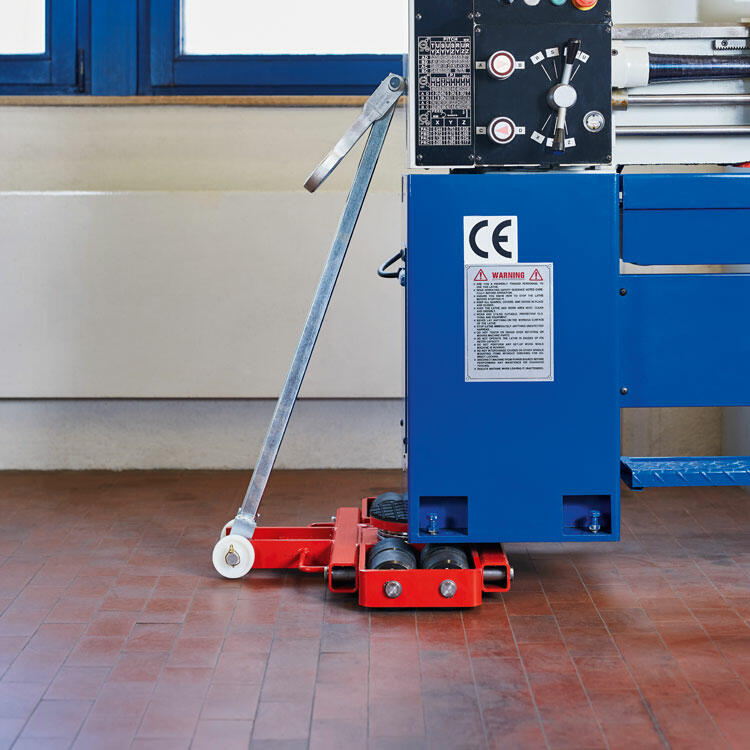 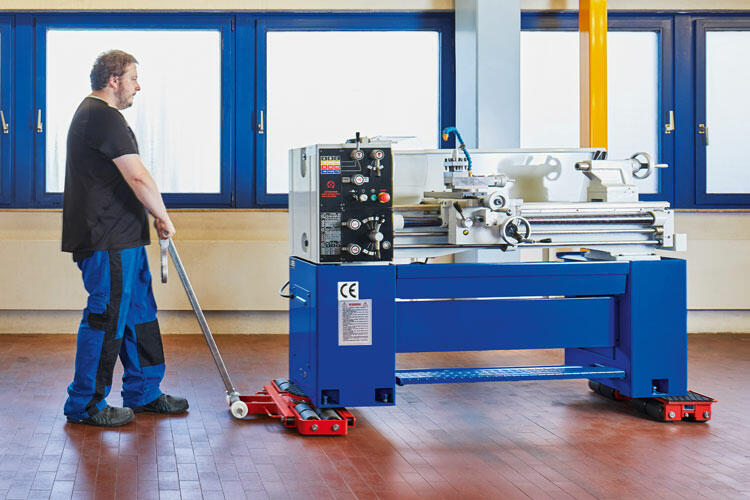 During transport operations, the previous trolley wheels often suffered serious damage. After only a few months, the treads detached from the wheel core and the wheels had to be replaced. However, the damage was not caused purely by the enormous weight of the loads. The different conditions at the various locations such as warehouses, paint shops or assembly plants also repeatedly put the wheels to the test. If a wheel suddenly failed, this had serious consequences: the production process would have to be halted and the risk of accidents at work would increase. For this reason,  Kramp was looking for a solution that would withstand the heavy loads and show no signs of weakness even on difficult floors. Since then, the company found what it was looking with the support of our team.

Due to the special requirements, it was clear that we would need to develop a completely new wheel for the GKS  trolleys. All of the components were carefully examined such as the core, the bearings and, above all, the tread material. We invested a lot of time in development and cooperation. Working closely with Kramp, we tested the custom-made product and perfected it under real conditions.

As a result, we created a solution that meets all of the requirements and is recognised for its outstanding durability even under adverse conditions. The newly developed wheel has four ball bearings and consists of a toothed aluminium core that is encapsulated with polyamide. The interlocking of the core and the tread is crucial. It provides a larger connection surface and at the same time ensures that the two components interlock. The result: maximum hold for a particularly strong connection. The fibre-reinforced polyamide used for the tread also plays a key role in ensuring excellent durability.

It is characterised by higher strength, stress resistance and outstanding impact strength. The material also has good anti-friction properties, which make the tread abrasion-resistant and provide additional protection on uneven floors. To ensure precise concentricity and the largest possible contact surface, the running surface of the wheels is given a plain finish. Depending on the properties of the floor, we supply the wheels with black or white treads. For electrostatically protected working areas, we can also provide conductive models.

“TENTE’s custom-made products prove their outstanding durability, even after many years.” 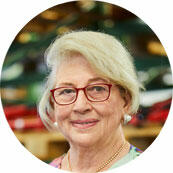 The new wheels demonstrate exceptional stability and durability even under particularly high loads and on difficult floors. Thanks to the well-considered design and the deformation-resistant material, the tread does not separate from the aluminium core even after years of service. This is also appreciated by Kramp's customers: No complaints have been upheld since the switch to our solution.

Production stoppages and downtime costs for the end user are a thing of the past. Georg Kramp was able to significantly improve the company’s market position. The company is now keen to make the most of our advantages as a global player and to coordinate with us internationally in the future, such as in the USA.

Interaction: Between load and tread

Talk to us - we are happy to advise you

Solutions for your individual requirements. Do not hesitate to contact us personally.