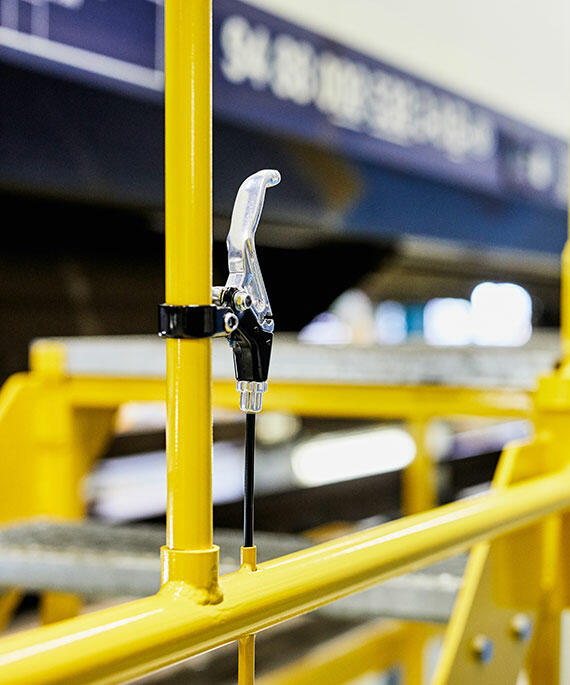 Where castors are used, they also need to be stopped. It would be hard to imagine a mobile display stand without a braking system, or a hospital bed whose castors cannot be locked. Various types of locking mechanism are available for castors, including individual and central locks.

Central locks are useful if the castors are difficult to reach or if the equipment is regularly moved and stopped. The big advantage here is that several or even all of the castors can be locked with just one movement.

Castor locking systems are also broken down into simple wheel locks, which only lock the wheel itself and leave it free to swivel in the back bearing, and directional locks, which only prevent the castors from swivelling and thus allow them to act as fixed castors.

Fixed castors are advantageous in the case of hospital beds, for example, as they make it easier to push the bed in a straight line. Another option is a lock that brakes the wheel and also prevents swivelling at the same time. This is called a total lock. TENTE’s automatic locking system offers a particularly high degree of safety and flexibility. This easy-to-use system activates the lock as soon as the handle is released.

Talk to us - we are happy to advise you

Solutions for your individual requirements. Do not hesitate to contact us personally.